Agroforestry has been introduced in the African nation of Cameroon as a way to enhance agricultural productivity and financial gain, with a side effect of being good for the environment. It turns out that farmers value its environmental benefits foremost.

Associate Professor and Extension Specialist John Munsell conducted a study of Cameroonian farmers who have used agroforestry practices for at least three years. “I wanted to know whether and why they have adapted their practices, what their needs are for continuing, and the impacts of agroforestry farming at the village scale,” he said.

Agroforestry is the integration of tree crops into crop and livestock agricultural systems. Examples include using trees as “live fences” around production sites and as windbreaks, and growing crops in large alleys between rows of trees. Species that provide medicinal products, nuts, food, or livestock fodder often are used. Some tree varieties can increase soil nitrogen, and several provide pollen, enabling farmers to raise bees for honey.

Munsell visited 10 villages and spoke with nearly 80 men and women over the course of two trips to Cameroon. He observed that planting configurations have not changed much, but understanding and appreciation of agroforestry’s conservation benefits has increased. “The farmers I spoke with see the benefit of agroforestry to the long-term financial and environmental sustainability of their farms and, in turn, their community,” said Munsell.

Not only does agroforestry benefit farmers, it can reduce pressure on wildlife habitat. To help further conservation in the region, Munsell linked local nongovernment organizations with wildlife monitoring specialist Michael St. Germain of the college’s Conservation Management Institute.

Munsell and St. Germain are working with the Environmental and Rural Development Foundation, a Cameroon nongovernment organization led by Louis Nkembi, and Munsell is working with agroforestry specialist Ben Addlestone of Trees for the Future, a U.S. nongovernment organization that has partnered with the foundation. The multi-organizational partnership is geared to simultaneously address both human and wildlife issues in the developing rural areas of Cameroon.

St. Germain accompanied Munsell to Cameroon in January 2014 and met with biologists at the Tofala Hill Wildlife Sanctuary, which was recently established to protect Cross-River Gorillas and Nigeria-Cameroon Chimpanzees. There are only about 30 gorillas and 150 chimpanzees remaining in the 20,000-acre sanctuary.

St. Germain held workshops on camera trap study design and database management, and summarizing and analyzing data. He also accompanied the biologists into the jungle to set up a grid of remote cameras. Images of the elusive Cross-River Gorilla were captured less than a month later.

The Cameroonian biologists have been collecting transect data — dividing the area into a grid and looking for animal sign such as tracks, scat, and nests, as well as evidence of human activity. The researchers are also collecting landscape data, such as elevation and slope, habitat structure, and visibility. “There is support from the local communities for the wildlife sanctuary,” said St. Germain. “Sustainable agriculture through agroforestry has reduced pressure on the wild system.”

During Munsell’s first visit to Cameroon in 2012, he and graduate student Elizabeth Moore field-tested agroforestry methods developed at Virginia Tech. Munsell returned in 2013 and 2014 to evaluate the permanence of agroforestry practices and the needs of farmers in other regions.

The farmers Munsell interviewed provided confidential responses on the relationship of agroforestry farming to environment, culture, and political support using a response procedure based on the West Africa game of Oware, in which they put pebbles in a bowl and showed the contents only to Munsell. “Farmers rated environmental benefits the highest,” said Munsell. “Others that were recognized included community and social benefits that come from the visibility and cohesiveness of the network of agroforestry users.”

The financial benefits of increased yields and diversification are also valued, along with improvements in farm and community infrastructure. However, the farmers do not yet see agroforestry’s cultural and political benefits, Munsell observed. “Although they are networked, those who practice agroforestry still feel a little bit like outsiders,” he said. “This is not uncommon, but with time and permanence the cultural and political dynamics may change. That’s the next hurdle for agroforestry.”

Munsell and St. Germain are also working with the foundation’s Institute for Biodiversity and Non-profit Studies, which provides continuing education for aspiring professionals in agroforestry, biomonitoring, and finance, to give them practical work experience.

The two are preparing to lead a study abroad program in which Virginia Tech students will interact with students in the Institute for Biodiversity and Non-profit Studies program as well as instructors from the foundation, the University of Buea, Trees for the Future, and the Institute of Agricultural Research for Development.

St. Germain will also participate in monitoring a larger proposed wildlife preserve. “There are still large tracts of undeveloped jungle,” he said. “That is where I will be going next — Mak-betchu. It is a bigger area with more gorillas and chimps as well as elephants and leopards.”

The long-term goal is to connect the wildlife preserves. “Habitat conservation and food security must be addressed together for overall success,” said Munsell. 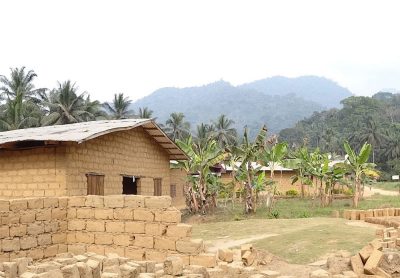 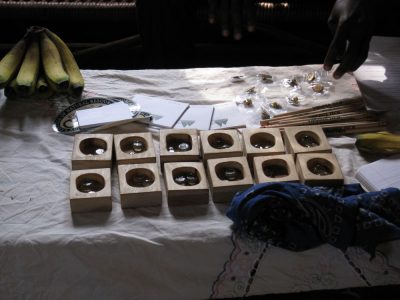 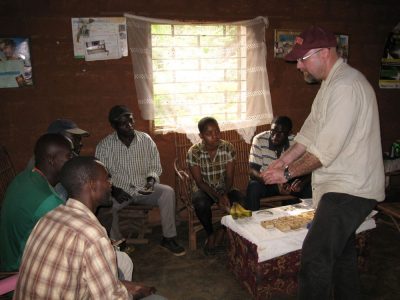 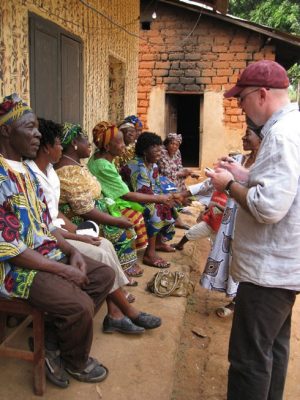 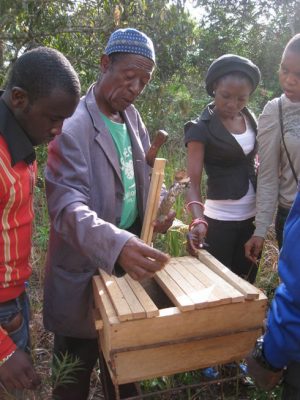 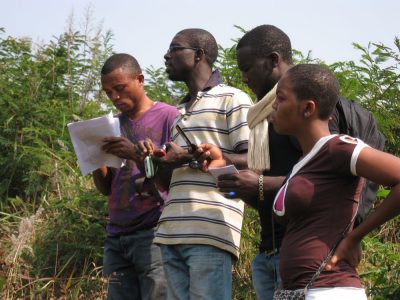 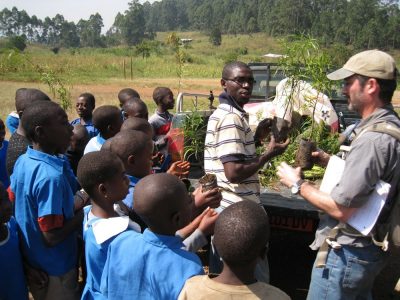 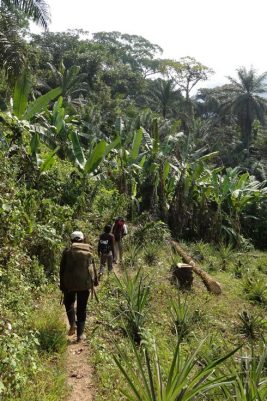 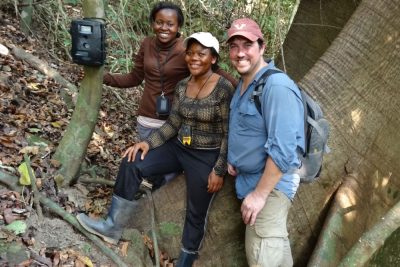