When most people think of Africa, they picture sprawling savannahs and big cats stalking through tall grasses. But with predator populations in Africa declining by as much as 80 percent, the image of that landscape is changing. To help protect it, researchers are finding new ways to understand animal populations.

Lindsey Rich, who recently completed her doctorate in wildlife conservation, conducted three years of camera-trap research in Botswana, where she sought to evaluate carnivore distributions and densities, and understand how local carnivore populations were being affected by humans. She discovered, however, that the data she was collecting could be used to further research on a much wider range of mammal populations.

Rich partnered with the Botswana Predator Conservation Trust, an organization dedicated to studying and preserving Africa’s largest predators, including lions, cheetahs, wild dogs, leopards, and spotted hyenas — species that have a huge impact on both the local ecosystem and the local economy.

Northern Botswana is home to the Okavango delta, an area known for its species richness, and tourists often pay top dollar to see wildlife in this authentic setting. With the wildlife-based tourism industry serving as the second largest contributor to Botswana’s gross domestic product, preserving these species is vital both ecologically and economically. “Carnivores are among the species most sought after by tourists when they come to Africa,” Rich said.

“Camera traps are a popular field research technique in many places around the world, but they’ve gained less traction in Southern Africa, so it’s a relatively new technique in that region,” Rich explained. “They’re an amazing tool for collecting information on the entire mammal community and on human activity.”

Rich placed camera traps at 221 locations within her research area. The cameras, attached to trees or metal fence posts, allow researchers to collect data 24 hours a day and in all weather conditions. They rely on motion- and heat-sensing technology to detect passing animals and then generate time- and date-stamped photographs.

“In the beginning, my research was focused specifically on carnivore populations. I wanted to know where species were, how many there were, and how habitat variables and human-related variables were affecting the distributions and densities of those species,” Rich said.

Rich collected data, including more than 75,000 photographs, over three field seasons. Then came the painstaking task of entering and analyzing the data, as Rich and her team looked at each individual image to identify the species or to determine if the camera had been triggered by moving grass or sage. For seven of the carnivore species, such as leopards, they also identified individual animals based on their unique markings and coat patterns.

Many of the photographs included species that were outside the scope of Rich’s research, which led her to expand her project to include not only carnivores but terrestrial mammals in general. She ended up collecting and analyzing data on 44 separate mammal species. “My focus was the carnivore community, but I thought it was important to take advantage of the wealth of data being collected on other species as well,” she explained.

To assess how a species’ life history traits may influence its response to environmental conditions or human activity, Rich divided the mammal species by body size and diet, categorizing them as extra-large, large, medium, or small body types, and as carnivores, herbivores, or omnivores.

The data collected will be used to help inform a sustainable monitoring program in Botswana that can contribute to the understanding and management of many native wildlife species. In addition, the data can help the government in Botswana make land management decisions that will help preserve vital mammal species.

While camera trapping offers a low-cost method for monitoring animal populations, Rich explained that the technique is not without its difficulties. She recalled several cameras being turned off or even destroyed by hyenas and elephants. “The animals showed a high level of interest in the cameras.”

Rich hopes that her approach to camera trapping will be helpful to other researchers seeking to make an impact in wildlife conservation. “This technique of expanding analysis to entire mammal communities can be applied to camera-trap studies worldwide,” she explained. Currently, two other nonprofit organizations working in the region are interested in adapting Rich’s methods in different areas. “It’s very exciting to do applied research that will be used to directly impact conservation efforts,” Rich said.

In addition to her research, Rich also developed an outreach program for children in Botswana to help build relationships with the local community. “I’ve always thought that it’s important to do outreach in the countries where you’re researching,” Rich said. She hopes that her efforts will help combat the often negative perceptions of these animals passed on by older generations “Sometimes the children’s only experience with these animals includes incidents of carnivores killing livestock or large mammals destroying crops. Changing the local perception of these mammals will help aid in conservation efforts in farming communities.” 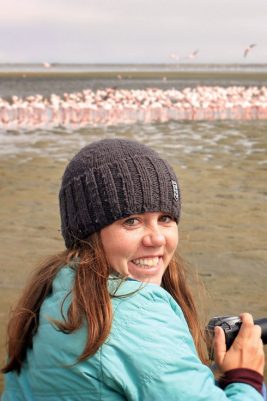 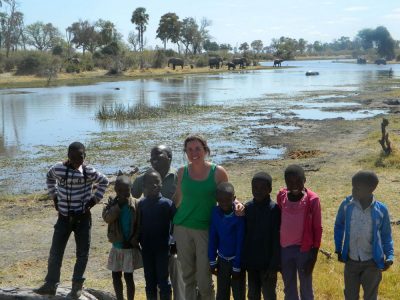 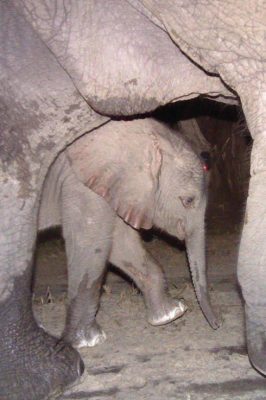 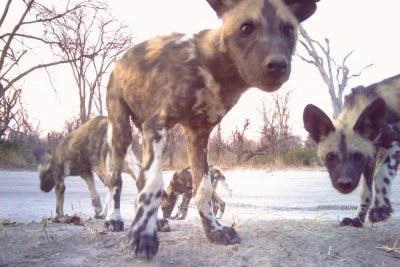 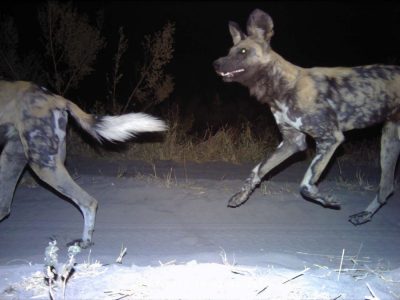 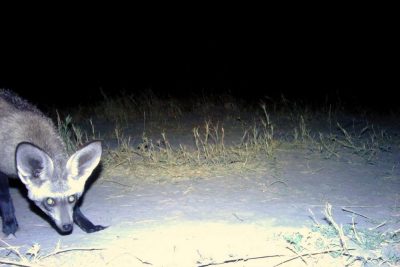 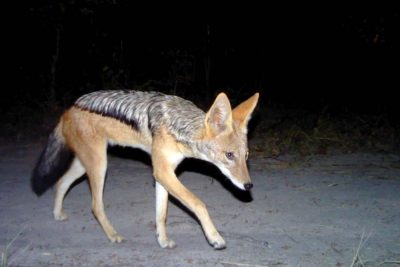 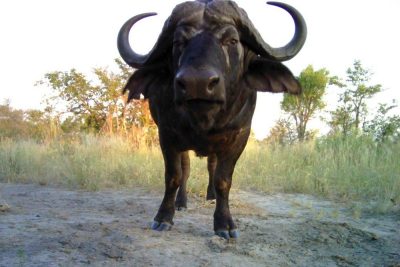 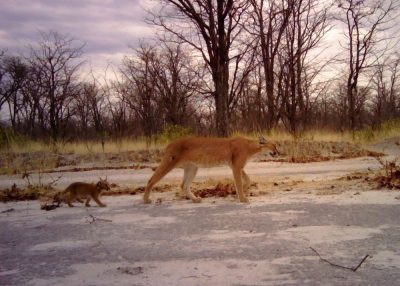 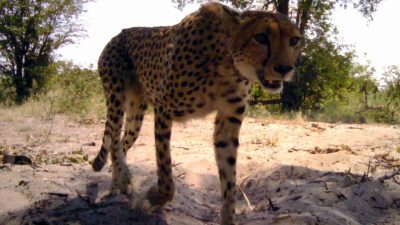 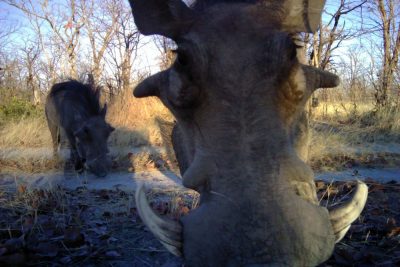 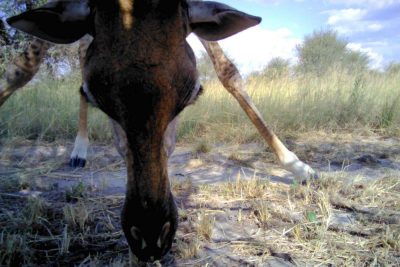 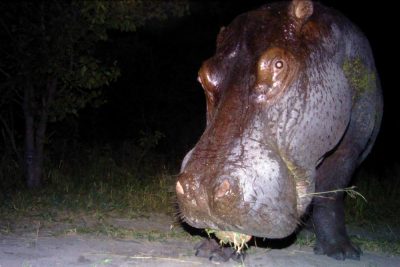 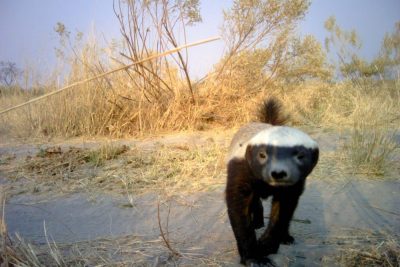 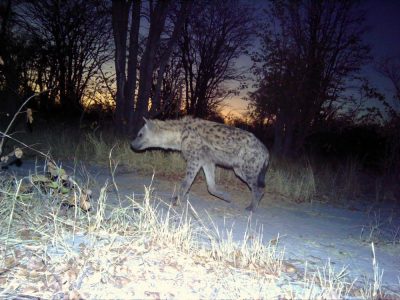 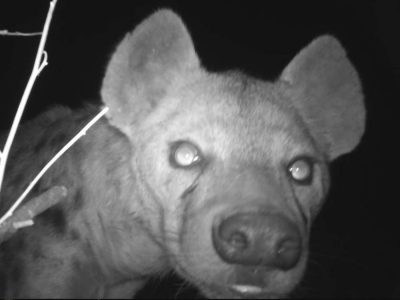 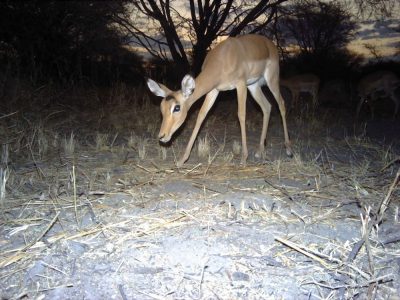 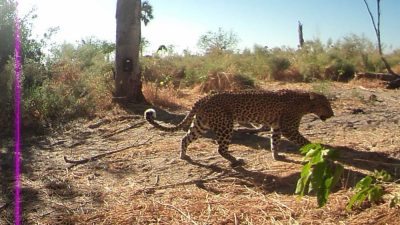 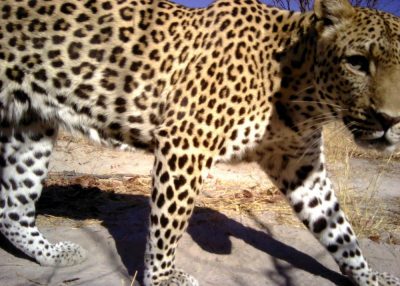 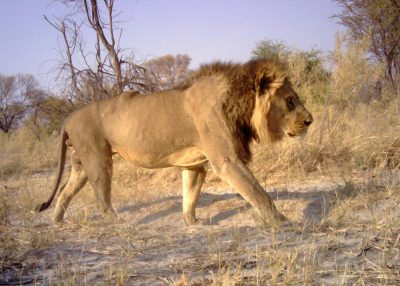 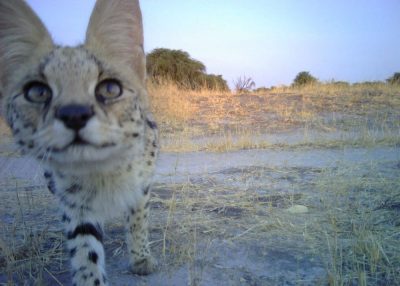 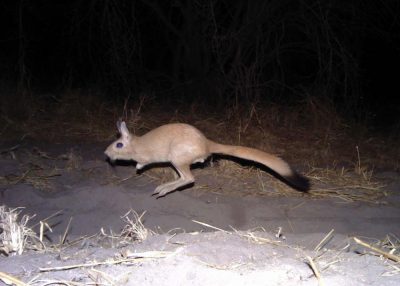