Students Trade Spring Break For Service Work, Advocacy, and Education to Save the Bay

Participants assist in restoration efforts and advocacy at different sites around the bay while learning from professionals from the Chesapeake Bay Foundation (CBF). The CBF exposes the student groups to a wide range of communities involved in enhancing bay quality; students learn not only from watershed scientists, but are immersed in the rich culture of Chesapeake Bay watermen as well. Through these interactions, the group gains a better understanding of the complex network that exists between human communities and the bay’s resources.

The program’s origins stretch back to 2010 when fisheries science major Scott Riley organized a service trip with the CBF over spring break for himself and eight of his peers. The group travelled to Port Isobel Island for trail maintenance and explored cooperative agricultural extension, planting over 100 trees along a stream bank in Maryland.

In 2011, Lorelai Mackenzie, an environmental resource management major, took up the reins as senior coordinator and mentor for the trip, working to expand and develop the experience into an annual program. Fellow environmental resource management major John Haworth worked alongside her and took on the additional role of media coordinator. That year, students spent time at the CBF island education centers hearing from Tangier Island watermen and witnessed firsthand the dismal effects pollution has had on Tangier’s crabs, oysters, and people. “It was an awesome trip, and it made me connect real-world experiences with textbook jargon from class,” said Haworth.

In 2012, Anthony Brickey, an environmental resource management major, and Hope Wentzel, an animal and poultry sciences major, took over as program coordinators while Riley served as lead mentor for the trip. Participants traveled to sites around the Annapolis area and gained insight into oyster aquaculture at the CBF’s Oyster Restoration Center.

“Sustainable practices within the Chesapeake Bay Foundation were stressed, which was a very important take-home message for those of us who hadn’t been fully immersed in the field before,” explained Brickey. “I hope to see the program continue on in the future as a student-led trip endorsed by the College of Natural Resources and Environment.”

This year, Anna McAuley, a natural resources conservation and recreation major, and Tess Pangle, a wildlife science major, joined Brickey and Wentzel as part of the leadership team. Among other activities, the trip included a visit to the Arthur Sherwood Center, where students went out in canoes and CBF’s one-of-a-kind research vessel to collect specimens and learn about water quality.

“I think the program will be strongest if it continues to be student organized,” remarked Wentzel. “That responsibility helps people take ownership of their activities, community service, and educational goals and makes us better prepared to find jobs and make an impact in our chosen field.”
The program is an ideal way for students to show potential employers their commitment and dedication to the field, and the networking that occurs during the program can lead to other opportunities. Riley earned an internship in oyster restoration with CBF in Gloucester, Va.; Mackenzie interned as an environmental educator with CBF at Port Isobel Island, Claggett Farm, and the Phillip Merrill Environmental Center; and Haworth served as a community building and digital media intern at the Phillip Merrill Environmental Center.

Each year has brought unique experiences and challenges for the student participants and leaders. The demand for this program, and other potential outreach programs, is apparent from the overwhelming number of applicants – representing widely varying majors – as well as those who sign up for the trip two or even three years in a row. 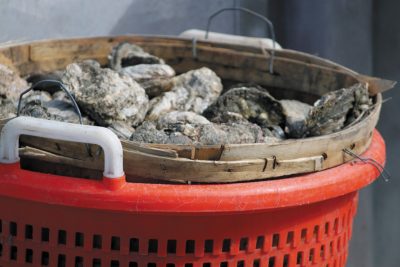 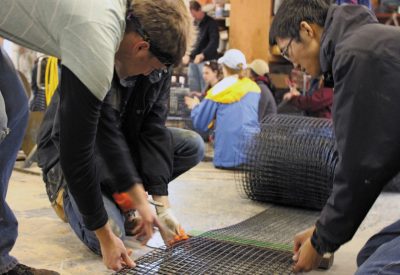 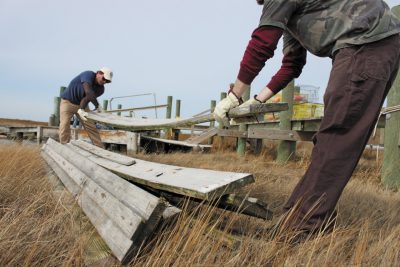 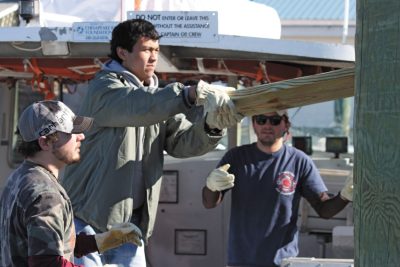 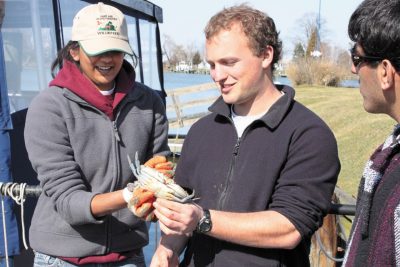