The surface mined landscapes of Southwestern Virginia continue to evolve. For more than 30 years, Virginia Tech has worked with the coal industry and natural resource partners in the Powell River Project to develop practical, cost effective methods for restoring the environmental quality of lands and waters disturbed by surface coal mining.

“Successful reclamation is critical to re-establishing working landscapes to the southern Appalachian region,” said Brian Strahm, assistant professor of forest soils and ecology in the college, which has had ongoing research projects related to forest, fish, and wildlife resources. College faculty and graduate students periodically present their latest findings to the coal industry, natural resource agencies, and the public at the Powell River Project Symposium.

Biofuels, birds, reforestation, and water quality were among the hot topics at last fall’s symposium, which also included researchers from the College of Agriculture and Life Sciences who work to improve reclamation practices. Scientists from both colleges conduct on-the-ground research at the 1,100 acre Powell River Project site in Wise, Va.

“We’re all concerned with the environmental effects of coal mining, and better science can help miners and agencies protect the environment while also protecting the energy supply,” said Carl Zipper, professor of crop and soil environmental sciences in the College of Agriculture and Life Sciences and director of the Powell River Project. “None of us have all the answers, but by working together, we can solve problems.”

“The Powell River Project may be the longest running mined land reclamation research project in the world,” said Dean Paul Winistorfer, who serves as chair of the project’s board of directors. “It is a testament to Carl Zipper’s efforts and those of many scientists in both of our colleges. We have to realize that whatever we do to secure energy resources for the planet will have an environmental impact. Our role is to study these impacts and to work hard to mitigate their effects on the environment. We are very proud of all that has been accomplished.”

Since the project was initiated in 1980, it has included research and education programs to enhance restoration of mined lands and to benefit Southwest Virginia’s coalfield region. Research conducted by six graduate students from the college was featured among the nine presentations at the 2012 symposium.

Forestry master’s student Beth Boehme investigated the seasonal dynamics of aquatic insect communities in miningvinfluenced streams of varying electrical conductivity with Professor Stephen Schoenholtz. Conductivity, a measure of water’s ability to pass an electrical current, is affected by the presence of inorganic dissolved solids such as calcium, magnesium, and sulfate. After sampling the water quality and insect populations of mining affected and control streams, she noted that aquatic insect populations varied seasonally and with increasing conductivity. This finding can be used to enhance the effectiveness of monitoring efforts in streams influenced by coal mining.

Maura Leveroos, a forestry master’s student, discussed her work on the propagation of trees on mined lands for use as a biofuel. Working with Professor Jay Sullivan, Leveroos found that black locust achieved 10 times the volume of hybrid poplar and sycamore after four years, fertilization and lower density planting produce the greatest amount of biomass per tree, and higher density plantings increased overall biomass production.

Surface coal mining often affects headwater streams. Forestry doctoral student Robert “Trip” Krenz is examining how the ecosystems of reconstructed streams function over time. Knowing that streamside organic matter serves as an energy source and habitat component for stream biota, Krenz measured the amount of leaf litter and its breakdown as a way of assessing the condition of reconstructed streams. Comparing reconstructed streams with controls, he found that monthly leaf litter input in the control streams was higher and leaf breakdown occurred twice as fast. His work, in cooperation with Professor Stephen Schoenholtz, indicates that leaf litter breakdown, in conjunction with other variables, may be a useful measure of stream condition and re-establishing woody vegetation on the reconstructed banks may aid the streams’ recovery.

Chris Latimer and Amy Carrozzino, both former fisheries and wildlife sciences master’s students who worked with Professor Dean Stauffer, studied the reproductive success of birds on mined sites. Over a four year period, they identified 96 bird species and observed population dynamics changing in tandem with vegetation growth on the reclaimed sites. At least seven species of special concern seemed to prefer the early successional habitat on reclaimed mine lands. Their results indicate a need to consider the landscape requirements of bird species when developing restoration guidelines for surface-mined land.

In summarizing the utility of the projects, Strahm noted that reclamation includes an emphasis on both ecosystem goods, such as traditional forest products or bioenergy production, and ecosystem services, such as clean water, wildlife habitat, and climate regulation. “Most of the post-mining regulatory environment focuses on recreating the previous structure of the ecosystems that were disturbed,” he said, “including grading hill slopes to approximate the original contour and revegetation based on levels of ground cover.”

Strahm stressed that the 30 some years of research in the Powell River Project has contributed greatly to reclamation goals. “In addition to replacing trees and streams, the work highlighted by last fall’s symposium demonstrates a focus on restoring the functions of the disturbed ecosystems,” he said. “This is the next step if we are indeed going to re-establish working landscapes to the southern Appalachian region.” 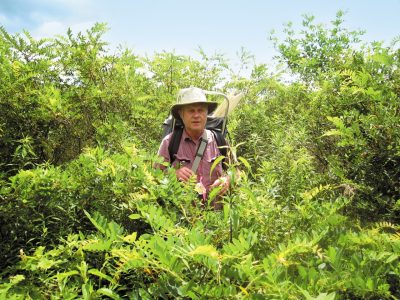 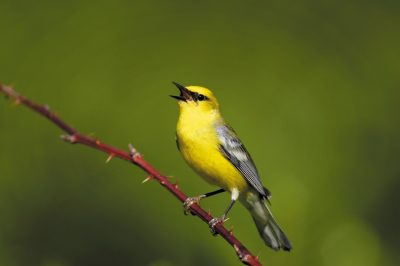 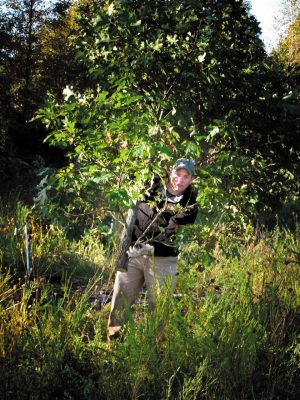 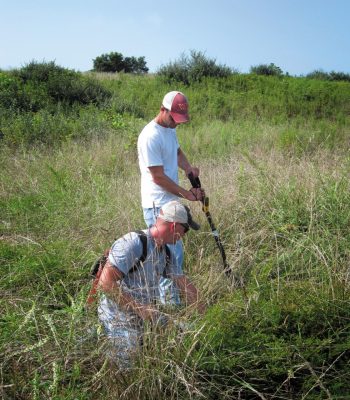 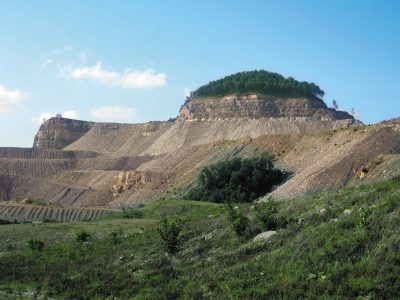