Modern family — Age-old traditions are fading on the savannah

When you pay for a lunch or help a friend move, are you, in effect, buying insurance against a future need? Yes, if you are Maasai.

“We all form social networks, which serve various roles in our lives. The Maasai exemplify this,” said Assistant Professor Tim Baird in the Department of Geography, who has studied the African nomadic herders’ society for a decade. “They have endured a harsh environment for a long time by embracing each other and working as a group. In our own country, we often hear, ‘Do unto others as you’d have them do unto you.’ Maasai social networks often reflect these same values.”

Maasai livelihoods have traditionally been based on the seasonal movement of livestock through collectively held rangelands, which are managed by extensive social networks. These networks are built, in part, through longstanding patterns of social support, gift giving, and lending. Now, many factors are pushing the Maasai towards new economic activities and social arrangements, including biodiversity conservation.

The creation and expansion of national parks and protected areas throughout East Africa has led to important social and economic changes for residents nearby, according to studies by Baird and colleagues, who examine human-environment interactions near Tarangire National Park in northern Tanzania.

Alienated from parklands and worried about the further prospect of park expansion, many Maasai have adopted mono-crop agriculture to “protect” their land and supplement their income. “It is unfortunate that parks, formed to protect wildlife and plant diversity, can encourage practices that fragment habitats, encroach on animal migration corridors, and reduce biodiversity,” Baird said.

Veterans of risk management, the Maasai have also adopted other livelihood activities, such as odd jobs in rural areas, land leasing, and wage labor in urban centers. And as they have broadened their sources of income, they have begun to exchange fewer gifts and loans.

“Lower levels of exchanges between households may represent a new normal,” Baird said. “The trend may be that as households diversify, they change the ways they use social networks and, ultimately, reduce their engagement with traditional networks altogether.”

Following up on an observation in 2010 about the numbers of households and individuals among the Maasai that were using cellphones, Baird returned to Tanzania in 2014 with funding from the National Geographic Committee for Research and Exploration to determine the impact of cellphones on social networks.

“I had this this idea that phones are an important piece of what was going on, which is a transition from one type of network to another,” Baird said. “The new networks are less homogenous and seize on new opportunities to build bridges with different groups and access different types of information.”

Baird grew up in a small town where everyone knew and cared for each other. The close connections were helpful, but there was little access to people outside of the community. “When I went to college, I met people from all over the world,” he recalled. “Those connections afforded me access to new ideas, new information, and new ambitions. I wondered if the people I study were going through this type of transformation. And if they were, I suspected that the phone is this incredible tool they were using to help with this transition.”

Baird surveyed households and interviewed groups of people in multiple communities that vary in terms of distance from the park boundary. In 2010, he observed that groups closer to the park were more economically diversified than distant groups. In addition, he observed that phones were common, but not universal, in each community and that households with phones had higher incomes than those without.

By 2014, the cellphone had become a critical tool, like the short sword, worn together on a Maasai man’s belt. “Even in 2010, the Maasai used their phones to support traditional herding,” Baird said. “For example, they call friends and relatives in other areas to locate forage and surface water.”

Now the Maasai use phones to warn of dangerous animals that may attack people, livestock, or farms. Phones also speed commerce. Men take photos of livestock and take the pictures to market, which saves having to move the animal. And the phone is used to gather information from more people.

However, new bridges to information may be weakening a more traditional network. “Nowadays, Maasi households don’t need to rely on their neighbors as often. They’re able to independently manage problems such as illness in the household or poor maize yields because they have multiple sources of income. And I think cellphones are speeding this process of individualization.”

As a result, the Maasai’s ability — or, perhaps, their will — to respond to community problems, like managing communal grazing lands and protecting open areas, is being undermined, Baird said.

With cellphones, it is easier to announce a meeting, and it is easier to get to meetings with the dramatic increase of motorcycles in the area, but people often don’t come, Baird was told. Or when they do, it is difficult to reach consensus.

“In the past, leaders would discuss whatever the topic was and make a decision, and everyone would fall in line behind the decision,” Baird said. “Today there is much more debate and it’s much more difficult to agree on things.”

The Maasai are gaining a sense of individual rights, which may be undermining their obligations to each other. “Like groups everywhere, including our own communities, the Maasai are adjusting to and in some ways shaping the modern world,” Baird said. “Some individuals long for the past while others pine for the future. I believe that this tension is strongly affecting the ways they relate to each other and solve problems, and the environment in which they live. Their struggles and innovations reflect our own — and we have much to learn from their resilient and adaptive spirit.” 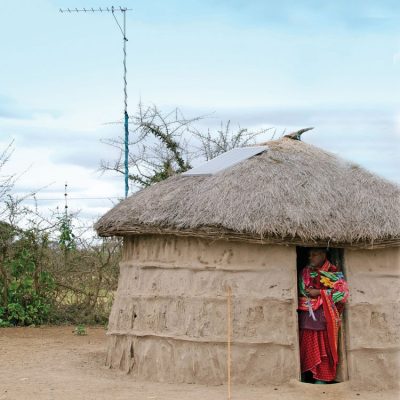 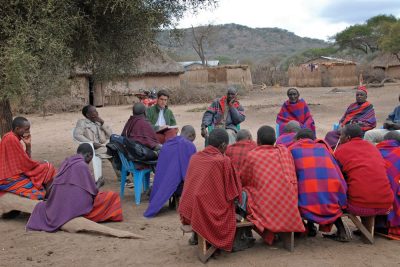 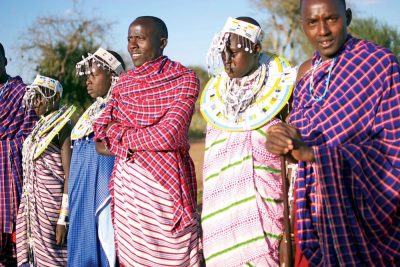