Tom Saxton has planted a legacy made of trees, clean water, volunteerism, and science that will continue to grow and inspire for years to come. On a sunny Saturday in March, he looked on with satisfaction as over 100 student and community volunteers planted dozens of trees along Stroubles Creek on the outskirts of the Virginia Tech campus.

Saxton, who earned his bachelor’s in natural resource conservation, launched the Stroubles Creek Restoration Initiative as an Arbor Day project in his Urban Forest Management and Policy course shortly before graduating in spring 2014. He continues to manage the effort and has returned to campus for several planting events.

Like many suburban and urban waterways, Stroubles Creek suffers from numerous threats, including storm water runoff, which carries pollutants, bacteria, and sediment into the creek. As a result, the creek is listed as “impaired” according to state and federal standards.

According to Saxton, the best way to improve the creek is to restore its riparian ecosystem, the strip of vegetated land along the stream bank. “Riparian zones are important for many reasons — they improve water quality by absorbing pollutants and storm water runoff, decrease stream bank erosion, provide habitat and food for wildlife, cool the water for aquatic organisms that require specific water temperatures, and provide aesthetic and psychological benefits for humans, just to name a few,” he said.

To launch the effort, Saxton contacted university departments and facilities, and recruited friends and classmates. His goal — to plant 1,000 trees by 2020 — was ambitious. But in the project’s first year alone, with 25 volunteers and generous university participation and encouragement, they planted more than 600 trees. After the March event and several smaller planting efforts, that total now exceeds 800.

“It’s definitely been a success,” he said. “We’ve had overwhelming support from every department at Virginia Tech we have approached.” The college and Facilities’ Site and Infrastructure Development provided funding for seedling trees. The Department of Horticulture provided large container-grown trees, and the Department of Biological Systems Engineering provided tree guards and tools. State agencies such as Virginia’s Department of Forestry also donated seedlings.

Students in the Urban Forestry Management and Policy course Saxton took devote several lab periods to planting trees along the stream. Plans are underway for other forestry classes to join the effort next spring.

“The biggest challenge was just the time involved,” Saxton said. “Hundreds of hours were spent planning, researching, coordinating, and, then, actually planting the trees.”

Recruiting friends and classmates to plan and plant, Saxton may have catalyzed the movement, he says, but each person is key. “This project has really been a collaborative effort; many hands have played a part in its success to date,” he said. “As with many projects like this, it takes a diverse group of individuals to work together to achieve success.”

While Saxton plans to return to campus during planting season each year, he is relying on current students to continue the effort and recruit volunteers. They have created the Stroubles Creek Restoration Initiative Facebook page to reach out via social media and have teamed up with student groups such as the American Water Resources Association at Virginia Tech.

Saxton is working to have the restoration area designated an official Riparian Conservation Zone by Virginia Tech and managed to protect it from future development. Additional efforts of the initiative include working with the Department of Biological Systems Engineering’s StREAM Lab to improve livestock fencing around Stroubles Creek to limit cattle access and increase the riparian corridor, proposing several “no-mow” zones in areas near the stream to allow for native meadows to return, and promoting the installation of more effective rain gardens and permeable surfaces around campus and the town of Blacksburg.

“This project also has great potential to provide educational opportunities to students to learn about environmental issues and get involved,” Saxton explained. “Our generation is tasked with solving challenging environmental problems. Our aim should be to think globally, while acting locally, and that is what we are striving for here at Virginia Tech.” 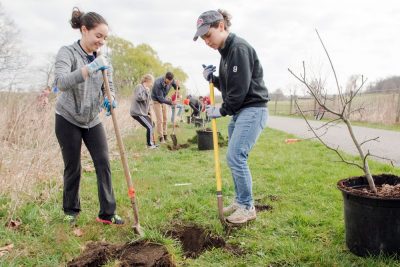 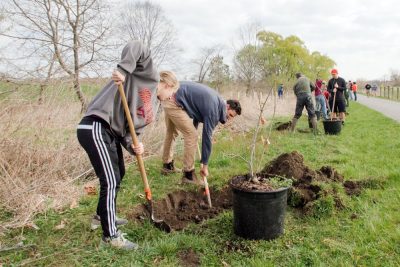 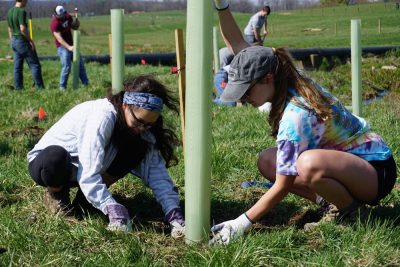 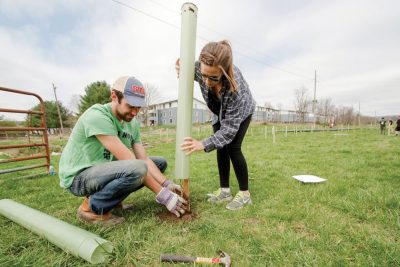 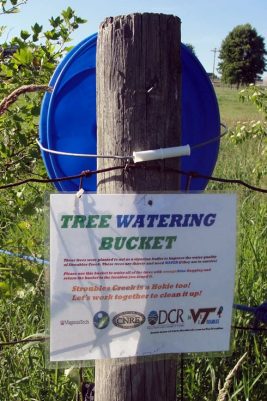 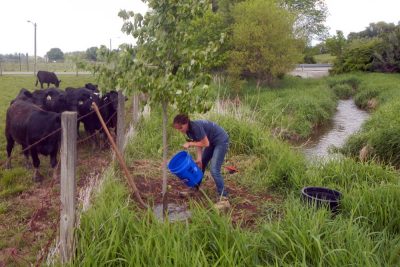