Mohamed Mwinyi fell in love with geography on his first day of third grade in Boko, a small town outside Dar Es Salaam in Tanzania. That day, he and his fellow students were introduced to their geography teacher, who instructed them to draw a map of the school. Mwinyi excelled at the task and hasn’t looked back since. “Throughout primary and secondary school, I was always good at geography and loved it,” he recalled. “I think that all things narrow down to my initial interest in geography.”

Now majoring in geography at Virginia Tech after receiving his associate’s degree from New River Community College, Mwinyi first came to the United States in January 2009 to pursue higher education. His aunt, who sponsored his journey to America, took him to a public library for the first time shortly after his arrival. He was astonished when the librarian explained that he could check out as many books as he wanted. In Boko, there was no library — the nearest one was an expensive, complicated, all-day bus trip away, and access to the books was very limited.

Inspired by his library visit, Mwinyi launched the Soma Sasa Program — a nonprofit organization seeking to provide literature and technology to Tanzania. Soma sasa means “to read” in Kiswahili, a Bantu language native to West Africa. The program’s first goal is to build a library in Mwinyi’s hometown of Boko.

Over the past two years, Mwinyi, with the help of a number of team members, has been gathering books, raising awareness, collecting funds, and planning the library’s physical location. He envisions a facility that will be used both by students and their teachers. “It will be for anyone who wants to expand his or her horizons,” he said.

On a return trip to Boko this past summer, Mwinyi was greeted by more than 400 students who cheered as he shared his vision for establishing the library. “It was amazing,” Mwinyi remarked. “I never thought the idea would be received like this.”

Mwinyi also met with government officials in Boko who were enthusiastic about the project. He now has the promise of a small room that will temporarily house the books until another facility is built. Teacher volunteers will organize and secure the books.

Meanwhile, Mwinyi is working out the details of a check-out system. “There will not be space to study, just to lend the books,” he said, “but it is a start.” Mwinyi and his team members are taking steps to register the project as a nongovernment organization and exploring ways to raise funds to improve the library’s temporary location.

Last spring, Mwinyi received an Aspire! Award for embracing Virginia Tech’s motto Ut Prosim (That I May Serve) as a way of life. Vice President for Student Affairs Patty Perillo cited Mwinyi’s “caring nature, his ability to recognize a need and the courage to address it head-on, and his willingness to learn, grow, and contribute all he can.”

Mwinyi also earned a spot in this year’s cohort of students participating in the college’s Leadership Institute. “What I like the most about the Leadership Institute is that, as we work on inventing our future at Virginia Tech, we’re given the opportunity to clear the way and help people in disadvantaged communities so they can start their journey and invent their own future,” he explained.

A group of the Leadership Institute students adopted Soma Sasa as their service learning project and have taken on leadership roles in the organization.

After graduation, Mwinyi would like to return to Tanzania to help his village and others across Africa use the continent’s natural resources to strengthen economic conditions and improve the lives of citizens. “I would also like to teach so that I can have more opportunities, contribute a different perspective, and help promising students,” he said.

Long gone are Mwinyi’s days of drawing school maps by hand. “Today at Virginia Tech, I am working on spatial analysis for my hometown and the public library digitally,” he remarked. “I have come very far.”

Find out more about the Soma Sasa Program at somasasa.org or facebook.com/SomaForTanzania. 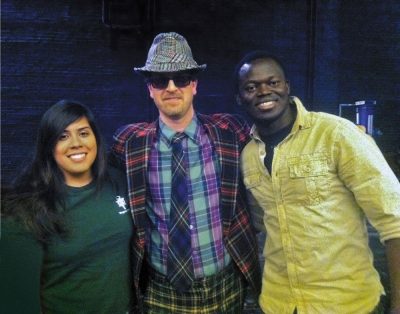 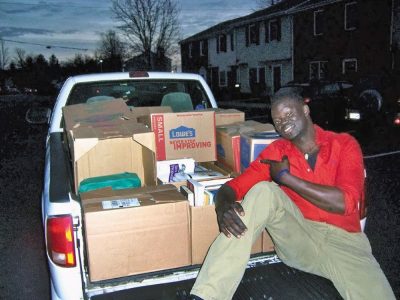 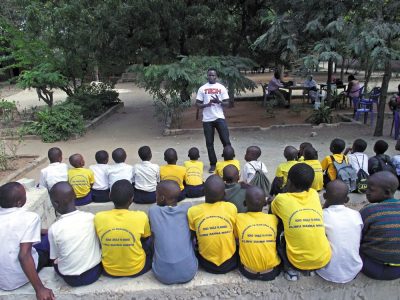 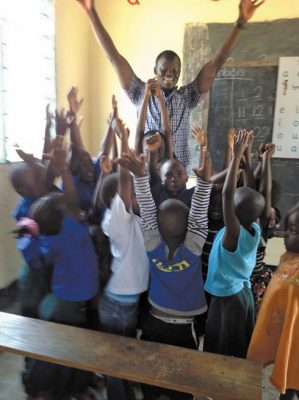