Eric Hallerman, Richard Neves, Jess Jones, and Dan Hua of the Department of Fish and Wildlife Conservation — all of whom are heavily involved with freshwater mussel research in North America — traveled to China last summer to visit several research institutes, aquaculture facilities, and commercial farms dedicated to studying the propagation and cultivation of freshwater mussels.

Researchers in China focus on propagating mussels for commercial purposes, such as food and pearl production, and include few species. U.S. researchers, however, study nearly 170 North American mussel species, mostly for conservation purposes. Hallerman, head of the fish and wildlife conservation department, calls the southeastern U.S. the “global center of diversity for freshwater mussels,” noting that the region’s ecosystems and those of China share similarities. “The southeastern U.S. has never been glaciated and retains ancient river systems. China is the same way,” he observed. Booming populations in both countries are coinciding with — and, arguably, causing — a sharp decline in mussel populations.

The trip was sponsored by the Freshwater Fisheries Research Center in Wuxi, China. Hua, the laboratory manager of Virginia Tech’s Freshwater Mollusk Conservation Center, researched pond dynamics and aquaculture at the center in Wuxi for 14 years before coming to Virginia Tech in 1999. She met Neves, co-director of Virginia Tech’s mollusk center and now a professor emeritus, during his first visit to China in 1997. Hallerman describes Neves, who initiated the university’s renowned endangered mussel research program, as “a world-class expert in mussel biology and propagation, which is why the Chinese seek out his expertise.”

Hallerman was astounded by the technological and commercial boom China had undergone since his last visit in 2005. “I was blown away,” he said. “China has developed very quickly since I was last there.” Hua and Neves, who both visited in 2009, could hardly recognize the new China either. “For me,” said Neves, “the national bird became the construction crane.”

Hallerman noted that the rapid development has had some good influences — people are better fed and have better housing — but there is a downside. “Chinese scientists and officials are slowly realizing the country’s pollution and habitat alteration could influence the well-being of the entire aquatic system,” he said. “They’ve done a pretty good job of understanding mussel life history and population dynamics, but they haven’t really caught on to the importance of nongame and noneconomically important species. It takes time to develop that whole field of science, and they are still about 15 years behind us.”

“While Chinese experts have been preaching conservation for years, higher officials in the government have been slow to change,” he added.

Much of Hallerman’s work focuses on sequencing genomes; he was pleased to find similar work taking place halfway around the world. “I found a group in Shanghai that has done exactly that with a freshwater mussel,” he reported. Other researchers had characterized the genetic basis for a growth trait that they could then breed for, and he advised them on propagation and culture techniques and population genetics. “When it comes to population genetics, you can gather all the data you like, but the key is asking the right questions and interpreting the data correctly.”

Jones made the visit to learn how the Chinese are rearing their freshwater mussels. He is a restoration biologist with the U.S. Fish and Wildlife Service and co-director of the Freshwater Mollusk Conservation Center, whose main mission is to develop methods for propagating endangered freshwater species and stocking them into rivers to build up populations. “Their work helps us learn how to hold adult mussels in captivity throughout their reproductive life cycle to do our propagation work instead of collecting adults from the wild each time,” he explained.

All of the travelers described the trip as a wonderful experience, emphasizing the importance of international cooperation in scientific research. “We’re not really competing,” Hallerman said. “Language and distance can get in the way, but research is becoming globalized. We can all do better when we work together.” 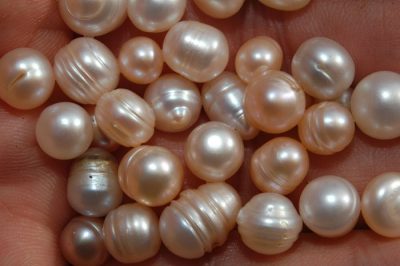 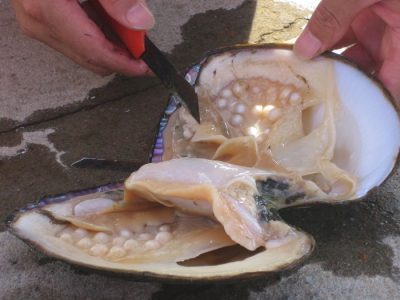 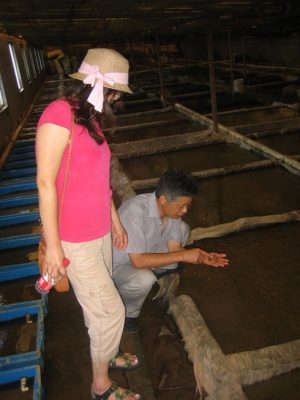 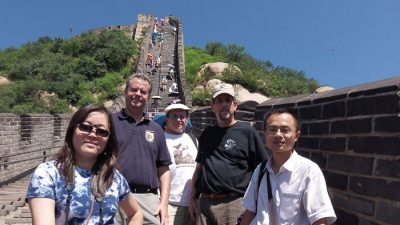 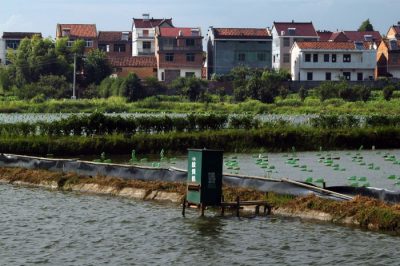