Two sophomores have been awarded prestigious Ernest F. Hollings Scholarships by the National Oceanographic and Atmospheric Administration. Christopher Gerlach of Alexandria, Virginia, a double major in meteorology and geography, and Gina Li of Herndon, Virginia, a double major in geography and computer science, each received a two-year scholarship and a 10-week summer internship position at a NOAA facility in summer 2016.

“I would like to pursue an opportunity in the study of severe convective weather,” Gerlach said of his internship, “particularly one focused on the application of terrestrial and satellite remote sensing or sounding observation to weather prediction.” His future plans include graduate school followed by work at a research facility such as the National Severe Storms Laboratory or the Center for Severe Weather Research.

For her internship, Li said, “I would love to study urban areas using GIS and remote sensing and build useful mobile or Web applications that would aid in crowdsourcing data or contribute to open source information. I want to be able to use my passion and knowledge, as part of my geography major, and build useful tools, as part of my computer science major, so that people may access and share information alike.” Li also plans on attending graduate school, in a technical field such as GIS or computer science. 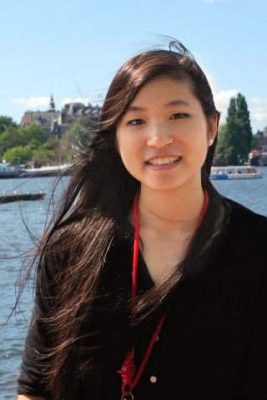 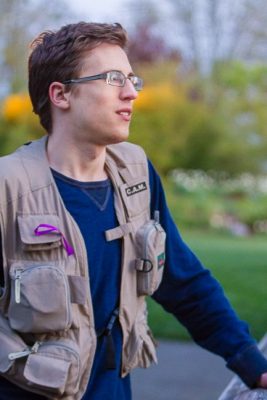